Would you like to switch to the accessible version of this site?

Don't need the accessible version of this site?

The Elkhart Samaritan Center: How It Began and the Center Today

The Samaritan Health and Living Center opened its doors in September of 1972 as a community-based, interdenominational, not-for-profit agency. Prior to its founding, Dr. Burton Kintner, a physician and member of Elkhart’s First Presbyterian Church, saw many patients in his office whose problems, he believed, were rooted in stress. He lacked the time and specialized training to treat them properly and fully. Dr. Kintner, being especially interested in the connection between faith and medicine, had served on state and national-level medical association committees which addressed this issue. He was convinced that the physical, the mental, and the spiritual maintain a delicate balance within a person's life. He began a dialogue with his pastor, William J. Vamos, who had a similar holistic vision. They studied ministries that might meet this set of criteria.

While Pastor Vamos and Dr. Kintner were in the process of exploring programs, Rev. R.J. Ross began his duties as Minister of Parish Life at the church. R.J.’s training in counseling and administration added the spark to make the Samaritan Center a reality. In Dr. Kintner's words, "We had an idea whose time had come, and R.J.'s considerable managerial skills helped to make it flourish."

Dr. Kintner was a friend of Lee & Geraldine Martin of the Martin Foundation and NIBCO, Inc. He arranged a meeting with Mr. Martin and Rev. Ross in order to present the concept of a church-based counseling ministry with these three central points: 1) there are no passive clients; participants need to help heal themselves. 2) The Center is to be located in a church facility, acknowledging that the church has a large part in caring for the community’s people. 3) Medical consultation is necessary to eliminate the possibility of disease as a first step in the healing process. Mr. Martin gladly contributed the $500 requested as the cash outlay for the Center’s creation, and became heavily involved in fundraising with individuals and businesses.

The Martin Foundation committed to a 10-year pledge for Elkhart’s new center. However, the Martin family has gone far beyond that initial commitment, contributing over $800,000 to the overall Samaritan ministry from the years of the Martins’ leadership through that of their children. Casper Martin has also served on the Samaritan Institute Board of Directors and continues that tradition of support. In addition to financial assistance, the Martin Foundation arranged for office space and an assistant for R.J. Ross at NIBCO during the early years. Lee Martin also consulted Lief Juhl, a successful local advertising executive, whom he credits with establishing professionalism in the Samaritan organization. Under Mr. Juhl's direction, the name was copyrighted and standards for accreditation set to ensure the quality of services when the Samaritan model was replicated in other communities. This foresight played an important role in the development of 71 Samaritan Centers with 425 offices serving 315 communities in the United States and Japan, which are accredited and supported by the  Solihten Institute (FKA The Samaritan Institute) now in Denver, Colorado.

The Martins supported R.J. Ross's determination to fund the Center privately, instead of using Medicare or government funds. This philosophy paid off later during years when dramatic federal funding cuts caused many agencies to downsize. With only community support, the Center continued its growth pattern. In order to help the Center meet the needs of those unable to afford the full cost of services, the Martin Foundation provided the startup contribution for the Samaritan Fund in 1989.

Today, the Samaritan Fund continues to grow and meet the needs of many grateful people who may not otherwise have received the life-changing help they so desperately needed. The Samaritan Center, with the help of caring community members, has also created funds to serve special client groups. The Silent Samaritan Fund was inspired by then Executive Director Dr. George Frey, who learned of a similar program in Portland, Oregon. Phid Wells, President of the Board of Directors, supported the concept and recruited Lois Dusthimer and Beverly Croxall to join the Board and start the fund in 1994 with the support of the women of the Board of Directors. With the goal of "women helping women", a Silent Samaritan benefit luncheon is held ever other year to celebrate the concept and raise money to keep serving the thousands of women who have received services with the help of this fee assistance. As a further show of support, many Silent Samaritans contribute to the fund in years in which no luncheon is held. The Small Fry Samaritan Fund was created in 2000 with a grant from the Alpha Rho Chapter of Tri-Kappa and helps fund counseling for children. Also, the Pastors Referral Fund, which began in 2000 with an anonymous donation, underwrites the cost of one initial assessment for each local congregation per year to be used by the person, couple, or family the minister designates.

The Jonathon Fund was created in 2009, when Jonathon Bayne Burton, son of Bill and Debby (Mathias) Burton, ended his life at the age of 19, a victim of depression. With the large number of memorial contributions received, the fund was established by the Board of Directors to help adolescents and teens receive the therapy they need to cope with today’s pressure and stresses.

More recently, the Julie Fund was created to support work with individuals struggling with addictions and family members impacted by those struggling with addiction. This fund was founded by Leon and Pam Hluchota whose daughter Julie lost her battle with addiction in 2015. In the history of our various Samaritan funds, many hundreds of thousands of dollars in fee assistance have been applied to offset the cost of services for clients in need.

Initially, the Samaritan Center was housed in the First Presbyterian Church rent-free. The policies and activities of this nonprofit organization were, and have since been, governed by its Board of Directors. This ministry of the Church began operation on a one-afternoon-per-week basis, with Dr. Kintner as the physician, R.J. Ross as the director, and three counselors to help the many clients who sought care within the Church’s supportive environment. Within months, the Center began operating five days a week, with later hours two evenings per week. By 1989, the Church had obtained the residence at 221 East Crawford Street, and has housed the Center, still rent-free, in this facility since then. In 1992, using funds raised by Yi Kintner, wife of Dr. Kintner, the Burton E. Kintner, MD, Library was constructed and dedicated as part of the Center's facility. Most recently the center purchased and remodeled what was know as the Four Arts Building at 311 West High Street. Move in was in March of 2017 and the size and space of the building will allow the Center to provide up to 10,000 clinical hours of service each year, more than 3 times its historical average in the previous facility.

Today, the Elkhart Samaritan Center continues to serve the whole person - body, mind and spirit. It maintains accreditation with the Solihten Institute and offers skilled, caring treatment by a multidisciplinary staff including professionals in the disciplines of counseling, clinical psychology, social work and family medicine. In addition to counseling, the Center also can offer a wide variety of community education so that many people at once may benefit from our extensive and diverse staff knowledge and experience. 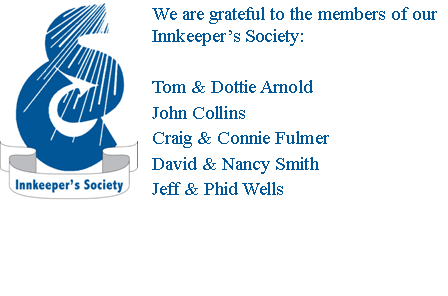